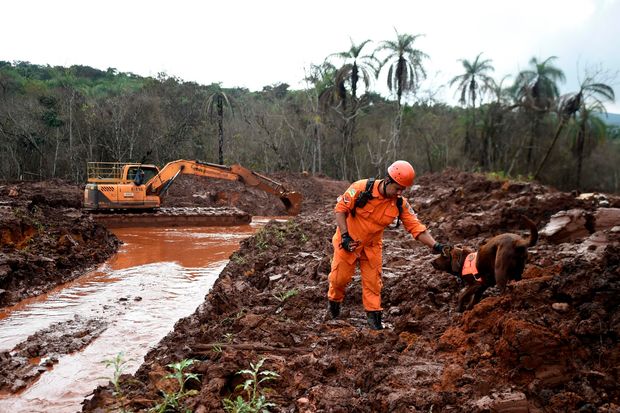 Nine months after the Brumadinho disaster in Brazil, that killed 270 people, investors from the Mining and Tailings Safety Initiative, a group that has over USD$13.5 trillion in assets under management and is co-led by the Church of England Pensions Board and the Council of Ethics of the Swedish National Pension Funds, met today at a high level summit in London with senior executives of mining companies and leading experts to review international progress on mining and tailing safety. The Summit is the first time investors have been joined by senior representatives of major insurers and banks as they reviewed the disclosures companies have made on tailings dams.  The request for information was made to 726 companies and aimed to confirm if they had  tailings dams and if so to provide answers to 20 questions on each individual facility.  Ahead of the launch of the first ever independent global database on tailings dams, expected to be completed by the time of the anniversary of the Brumadinho disaster, the Summit was presented with the first independent academic assessment of the disclosures to date by Professor Elaine Baker of GRID-Arendal and the University of Sydney.   Her analysis revealed the following information:

Total number of tailings dams submitted (not including India) – 1805

Number of Dams by Continent:

“This is the first time that those outside of the mining industry have had access to a range of information on many of the world’s largest tailings dams – including where they are located,  construction method, current storage volume, risk characterization and history of stability reporting.  It is essential that investors and wider society understand the risks associated with these structures and where there have been issues related to their stability.  As a result of the intervention by investors, the database we have under construction will support an informed dialogue with mining companies and governments about how to address the ongoing risks around tailings dams.”

Adam Matthews, Director of Ethics for the Church of England Pensions Board and Co-Chair of the Mining & Tailings Safety Initiative said:

“Tailings dams are amongst some of the largest engineered structures in the world and we have seen the catastrophic consequences earlier this year in Brazil when they collapse. Following the investors disclosure request we can now see that 10% of tailings dams have had some level of issue related to the stability of the dam.  Whilst assurances have been given that these issues have been addressed, this underscores why investors, banks and insurers will be continuing to work together on this issue until such time we have confidence in a new global standard being implemented and that the highest risk dams have been identified and operate to this standard or are removed.   We note that many companies already operate to a very high standard as evidenced by some of the disclosures, but this is not universal across the sector and dams are continuing to fail, putting lives and the environment at risk.”

John Howchin, Secretary General of the Council on Ethics of the Swedish National Pension Funds and Co-Lead of the Mining & Tailings Safety Initiative, commented:

“Even with these disclosures we still do not have the full picture.  Whilst many of the major mining companies have responded to our request, just over half are yet to disclose to us.  Investors will be re-doubling our efforts and allocating lead engagers to those companies and using the stewardship tools available to us to secure these disclosures.  There is simply no excuse to not disclose on a material risk, that as owners of these companies, we need to urgently understand.  It is clear that investors’ patience with non-disclosing companies will not remain for much longer.”

“There’s a clear need for action in this industry, and we’re glad to see that so far a significant amount of companies has already responded to our request. There are still companies who have either not responded, or don’t meet the standard yet. We are working on a collaborative investor engagement program to ensure that non-responding companies are engaged with systematically until such time that they have disclosed to us.”

The database for the initiative is being jointly supported by the Church of England Pensions Board, the Council of Ethics of the Swedish National Pension Funds and the United Nations Environment Programme (UNEP) with the initiative’s academic partner GRID Arendal (a non-profit academic foundation established by the Norwegian Government to support the United Nations in the field of environmental information management and assessment) (http://www.grida.no/) and the technology partner to the initiative, Satellite Applications Catapult (an independent, not for profit innovation and technology organization, partially funded by the UK government).(https://sa.catapult.org.uk/) Commenting on the partnership, Ligia NoronhaDirector, Economy Division, United Nations Environment Programme said:  “UNEP is pleased to partner with the Church of England Pensions Board, Swedish Council of Ethics and GRID Arendal to create the global tailings database. Information and disclosures are key to trust, assurance and confidence in the mineral resources sector.  UNEP looks forward to a continued engagement with the investor/ finance community to strengthen responsible mining ” Commenting on becoming the technology partner to the initiative Stuart Martin, CEO of the Satellite Applications Catapult said: “There is a clear need for cost-effective monitoring of tailings dams, both operational and abandoned, to help us understand the risks they pose. This is particularly true where the potential consequences are high, even if they are in remote and hard-to-access locations. We will be using the latest satellite technologies to generate up to date independent information on tailings storage facilities. We are delighted to be supporting this unique initiative by bringing our expertise to this vital issue.”

Of the 726 companies contacted by investors the breakdown of responders to date are: Preliminary analysis for the mining sector only indicates:
Originally published by the Church of England.