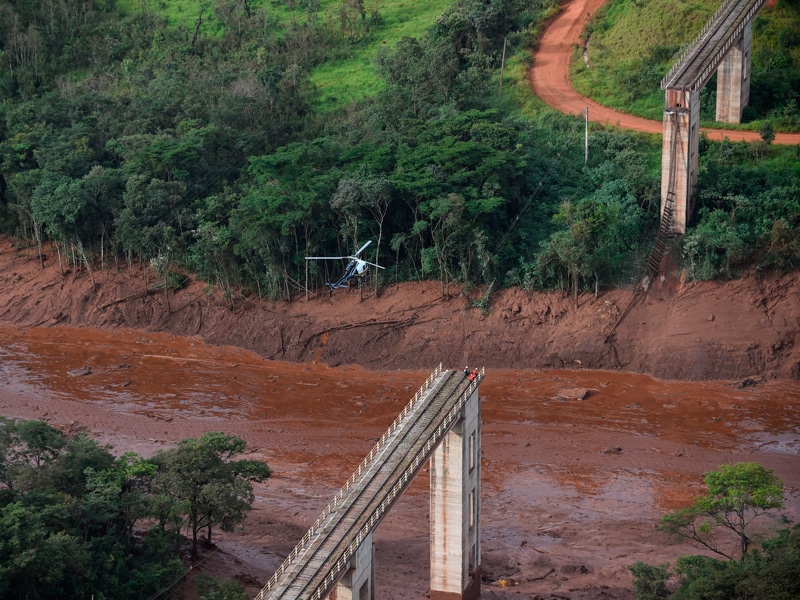 Brazil has ordered the immediate closure of 47 mining dams that failed to certify their stability, with more than half of them belonging to Vale (NYSE: VALE), whose Córrego do Feijão iron ore mine’s tailings suffered a catastrophic failure in January last year, killing at least 270 people. The deadly incident, the second dam collapse in a Vale mine in less than four years, led to serious production stoppages, pledges by the company to reconstruct or decommission many of its other waste storage facilities and the firing of a number of executives. Regulations released in August required Vale, which lost its spot as the world’s top iron producer to Rio Tinto (ASX, LON, NYSE: RIO) earlier this year, to “decharacterize” or modify some small internal dikes at nine dams similar to the one that burst in January 2019. AT LEAST 25 OF THEM BELONG TO VALE, WHOSE CÓRREGO DO FEIJÃO IRON ORE MINE’S TAILINGS SUFFERED A CATASTROPHIC FAILURE LAST YEAR, KILLING 270 PEOPLE The new directives also forced the decharacterization of some drained stack structures owned by Vale, which are a different kind of commonly used tailings dam. The decharacterization process is part of the last phase of the decommissioning of a dam. It refers to the treatment of a structure so that it does not present dam characteristics and can be reincorporated to the environment. By October, 54 Brazilian dams had either not certified their stability or failed to file the required paperwork altogether. Many of those structures are the ones closed down today, but the list also includes others operated by Vale or its affiliates. That brings the company’s number up to at least 25 inactive dams. Earlier this week, the iron ore giant said in a file to the Brazilian securities exchange commission (CVM) that three of its dams were at higher risk of collapsing. Dams in Brazil are labelled at risk levels, ranging from 1 to 3, in which level 3 indicates a structure is likely to collapse. Vale said the dams with risk levels raised from 1 to 2 included the B3/B4 dam at its Mar Azul mine, the Doutor dam at its Timbopeba mine, as well as its Sul Inferior dam at its Gongo Soco mine. The dams’ risk levels increased during the time period of September 2019 to March 2020, Vale said. The news gave Australian iron ore producers a much-needed boost. BHP’s (ASX, LON, NYSE: BHP) shares jumped as much as 5% on Friday, while rival Rio Tinto rose 4.3% to its highest in nearly a month. Shares in Fortescue Metals, the world’s fourth-largest iron ore miner, climbed by 8.6%, but later lost some of the gains to close 5.7% higher.
Originally published by Mining.com