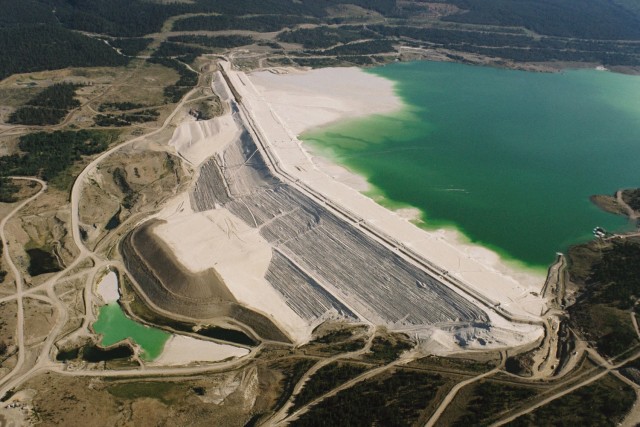 Miner South32 has revealed that 14 of its Australian tailings dams would generate a “high” or “significant” hazard if they were to fail, as it became the latest large mining company to disclose the state of its tailings dams. But the Perth-headquartered miner also said the 14 facilities referred to in a document released on Monday had always been found to be stable, and had never experienced notable stability concerns.

South32 released information on 68 tailings storage facilities, including 37 at its own operated sites and 31 dams at non-operated joint ventures.

The company, which has operations in Australia and around the world, said in recent years formal analysis had been done “of the downstream impact on communities, ecosystems and critical infrastructure in the event of catastrophic failure” of the 14 Australian dams referred to as potentially “high” or “significant” hazards.
The 14 dams are at operations in Western Australia, Queensland, Northern Territory and Tasmania. The miner has detailed closure plans for the 14 dams, including long-term monitoring, and also said it either had already, or planned to assess the dams “against the impact of more regular extreme weather events as a result of climate change”.
The safety of tailings storage facilities (TSF) in the mining industry has been in the spotlight ever since the devastating collapse of a dam in January at Vale’s Brumadinho iron ore mine in Brazil, a disaster that killed more than 200 people.
South32 chief executive Graham Kerr was one of the first mining leaders to comment publicly on the Brazil disaster, when in February he said the Brumadinho dam collapse was “clearly unacceptable” for the mining industry.
On Monday Mr Kerr said the industry needed “to work together to make a step-change in the safety and security” of tailings storage facilities.
“The open and transparent disclosure of TSF management is an important initiative as our industry works to address stakeholder concerns and ensure the safety of our people, the communities in which we operate and the environment,” he said.

“We are a member of the International Council on Metals and Mining (ICMM) and, together with 25 other member companies, fully support their work to establish an independent panel of experts to develop an international standard for tailings facilities. At South32, TSF failure is managed as a material risk within our risk management framework,” he said.

In recent days, major global resources companies BHP and Glencore have publicly released information about their tailings facilities. BHP revealed on Friday that four of its dams in Australia built to store mining waste carried the highest possible risk classification under global standards, meaning that a collapse would be catastrophic. While Glencore revealed that several of its dams in Australia would pose a “high” risk in the event of a failure.
Originally published by Sydney Morning Herald. Useful links: Don’t miss another update!
Decipher Mine Rehabilitation Mining
Share on Facebook Share on twitter