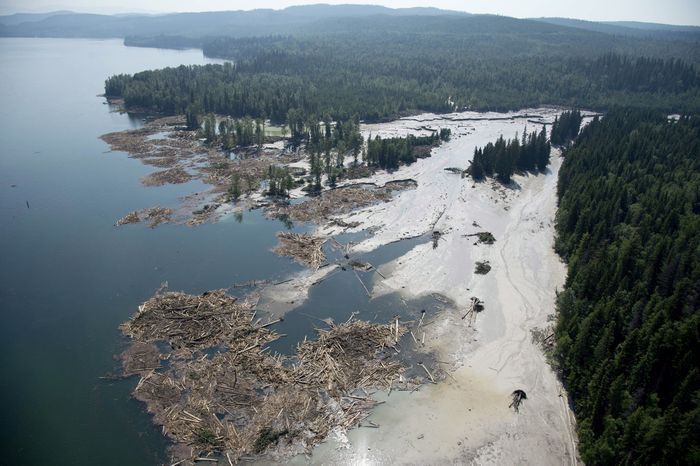 Nearly six years after the collapse of the tailings dam at Imperial Metal’s Mount Polley mine, no charges for environmental damage have been laid and there is no word on timing of a decision. Environmental law experts won’t say there is zero chance of charges being issued in one of Canada’s worst mine spills in the past 50 years, but they say as time passes the likelihood drops. “I think, certainly, it’s getting close to that period at which this all starts to become very stale,” said a University of Calgary law professor, Martin Olszynski. A three-year deadline to lay environmental chargers under B.C. laws passed in 2017, and a five-year deadline to lay summary charges under federal law passed last year.

There still remains the possibility of more serious indictable charges under the federal Fisheries Act, for which there is no deadline. It allows fines up to $6 million for a first offence and up to $12 million for subsequent offences. A recommendation on charges was delivered in early April 2019 after a 4½-year investigation by a team from Environment Canada, Fisheries and Oceans Canada and the B.C. Conservation Officer Service. The federal prosecution office would say nothing in response to Postmedia questions on potential charges, not even to confirm it is reviewing the case 16 months after receiving the charge package. “The PPSC does not discuss which cases it may be reviewing. We have no information to provide at this time,” spokeswoman Nathalie Houle said in an email. The B.C. Prosecution Service, which is assisting the federal prosecution service on the case, also refused to comment. The offices of the provincial and federal ministries of environment also declined to comment on the length of time without charges or the timing of a decision on charges. Each ministry simply repeated a statement from last year on the charge package being delivered to federal prosecutors.

“We are unable to comment further as this is now under charge assessment,” Moira Kelly, a spokeswoman for federal Environment Minister Jonathan Wilkinson, said in an email.

Olszynski, who specializes in environmental law and policy at the University of Calgary, said while it appears there’s little question the dam collapse resulted in the deposit of “a deleterious substance” into the environment, the company can use an argument of due diligence to defend itself. While a factor in the federal prosecution’s decision on laying charges is whether it’s in the public interest to do so, a big part of that decision is based on whether they think there’s a reasonable prospect of successful prosecution, said Olszynski.

Spawning Rainbow Trout in Hazeltine Creek. Tree trunks and rootwads were placed in creek for fish habitat as part of rehabilitation work. Imperial Metals / PNG In a written statement, Imperial Metals CEO Brian Kynoch said the company had no comment on the investigation or charge process, except to point to the finding of a B.C.-government-appointed engineering review panel. It panel determined the cause of failure was a design that didn’t recognize a weak layer of glacial soil beneath the dam foundation. Kynoch also pointed to disciplinary hearings underway by Engineers and Geoscientists B.C. for three engineers from AMEC Foster Wheeler (now the Wood Group) who did work for Imperial Metals on the mine-waste dam. The Mount Polley mine suspended operations in May of 2019, with the company citing low copper prices. Anna Johnston, West Coast Environmental Law’s staff lawyer, said there is a tension between prosecutors wanting a robust body of evidence and a good chance of success, and waiting too long before evidence gets stale. “It’s still possible,” she said of a prosecution going ahead. The collapse of the Mount Polley gold and copper mine’s earth-and-rock waste dam on Aug. 4, 2014, released 24 million cubic metres of water and tailings containing potentially toxic metals. That was enough water and material to fill nearly 9,800 Olympic-sized swimming pools. The release scoured nine kilometres of Hazeltine Creek, where trout and coho salmon spawned and dumped much of the tailings into Quesnel Lake. Imperial Metals has spent $71 million on rehabilitation work, including on Hazeltine Creek. Studies on the effect of the spill are expected to continue for years.   Originally published by The Province.