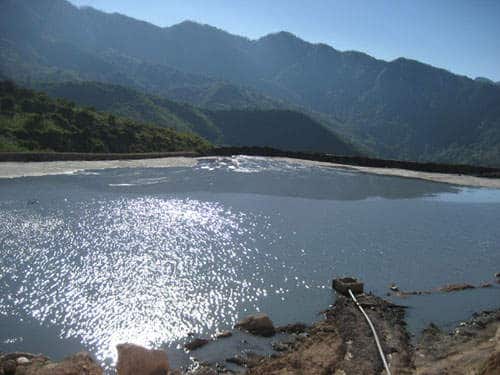 Great Panther Mining Ltd. [GPR-TSX; GPL-NYSE American] has temporarily stopped tailings disposition at the Phase II storage facility at its Topia silver mine in Mexico. The company said it is reacting to an independent report that showed evidence of mass movement underneath the site. The company said it is implementing precautionary measures to mitigate risks, including relocation of certain residents near the facility. Great Panther also said sit is now reviewing alternatives to store tailings while awaiting approval for its Phase III tailings storage site. Great Panther shares fell almost 11% or $0.07 to 58 cents on Monday March 9. The shares are currently trading in a 52-week range of 53 cents and $1.59. Great Panther is a low-cost producer with a very strong leverage to the price of silver. The company operates three mines, including the Tucano Gold Mine in Amapa State, Brazil, and two primary silver mines in Mexico: the Guanajuato Mine Complex and Topia Mine. The company was in the news recently when it approved a positive production decision for its 100%-owned Coricancha gold-silver-zinc-copper mine in Peru. The Topia Mine, which accounts for approximately 15% of the company’s consolidated gold equivalent production is situated near the town of Topia in Durango Sate, approximately 235 km northwest of the city of Durango. The Topia Mine (silver-gold-lead-zinc) consists of several narrow-vein, underground operations, utilizing a modified cut-and-fill mining method known as “resuing.” The mines are typically accessed by unpaved mountain roads leading to adits that either follow veins into the mountains or are driven to cross-cut them. The veins range from 15 to 150 centimetres wide, with an average of 30 centimetres. Broken ore is hauled to a central processing plant on the edge of town. Great Panther produced approximately 147,000 consolidated gold equivalent ounces in 2019, a 182% increase from 2018. The increase was largely driven by the acquisition of the Tucano Mine in Brazil. The Topia Mine produced 1.78 million silver equivalent ounces in 2019, an increase of 15% from 1.54 million ounces in 2018. Mining and processing activities at Topia are expected to continue at current levels for several more days, with tailings being deposited at a permitted alternative location. Thereafter, mining activities will temporarily cease unless an alternative temporary storage solution can be found. The company said any temporary tailings storage solution would be an interim measure pending the company receiving approval for depositing tailings on Phase III of the tailings storage facility or recommencement of stacking on Phase II if mitigation measures are available to permit its continued use. Great Panther says it expects to release 2019 financial results and provide its annual production and cost guidance by the end of March, 2020. In addition, at Tucano, after adjustments for mining depletion since June 30, 2017, mineral reserves are now estimated to be approximately 646,000 ounces, a decline of approximately 489,000 gold ounces relative to the June 30, 2017 estimate. Mineral resources (excluding mineral reserves) declined by approximately 500,000 gold ounces.
Originally published by Resource World.