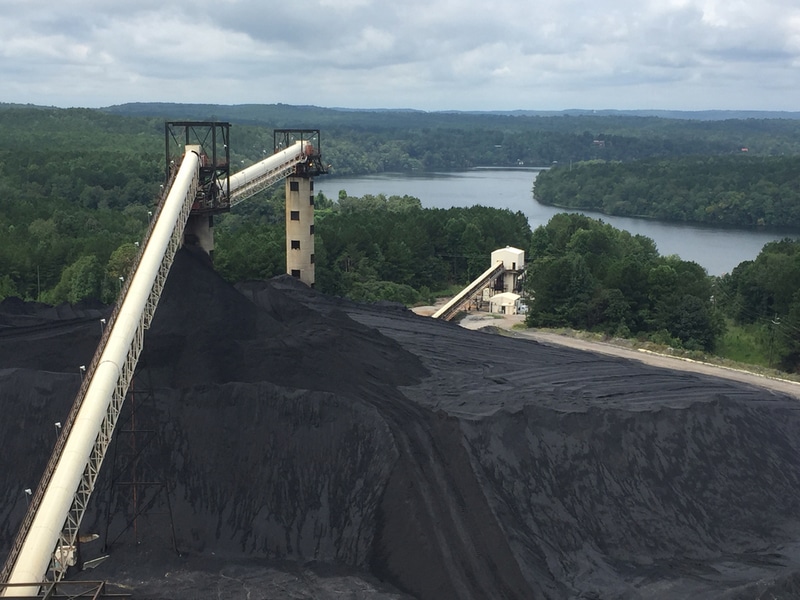 On one level, it’s easy to call for an immediate end to coal mining. The industry is notoriously harmful for the environment, with the International Energy Agency reporting that coal-fired power plants were responsible for 30% of global carbon dioxide emissions in 2018, and emissions from these sources increased by 280 million tonnes from the previous year. The industry also has one of the poorer safety records, with the US Mine Safety and Health Administration reporting that in the decade between 2008 and 2017, 207 coal miners died at work, compared to 197 in all other metal/non-metal operations put together. Yet while these statistics are striking, their scope is narrow; coal may be considered an outdated source of energy in the western world, but it remains a critical component of economies and livelihoods elsewhere on Earth. China alone employs around 12 million people in the coal industry, more people than the total population of 39 European countries, and simply shutting down coal projects could threaten up to 15% of the sector’s workforce, according to Chinese Government figures. With this in mind, coal mine closure cannot be a simple process, but must be a carefully-considered one, and one that is integrated into the lifetime planning of a mine when it is first constructed. The closure of a coal mine is not only an economic and industrial decision, but a social one, and one that can harm local populations if not done responsibly. Earlier this year, the Stockholm Environment Institute (SEI) published a study into exactly these impacts, raising questions regarding the irresponsible past of coal mine closure, and how the mining industry can improve its performance in the future.

The importance of social transition

“History shows that when a mining transition is not well managed, the impacts to the environment, economy and social fabric of former mining regions can be catastrophic,” said Claudia Strambo, a research fellow at the SEI and one of the lead authors of its latest report. “For mining companies, making closure and post-closure plans together with local authorities and trade unions is important to manage the risks associated with closure.”

While the destruction of local environments is an obvious consequence of coal mining on any scale, Strambo was eager to point out that mining, and subsequent attempts to remove mines and their infrastructure from an area, can have unintended social consequences.

“So far, mining regulations around the world have tended to concentrate on addressing environmental impacts, but international mining best practices are already giving increasing attention to the social and economic implications of mine closure too.”

She referred to the collapse of local businesses and public services, emigration of young people and social inequalities as some of these unforeseen and unaccounted for, but entirely serious, impacts of ineffective mine closure. The SEI profiled a number of actors and decision-makers in coal mine closure, from international organisations to individual miners, to determine how effectively each group had committed to addressing the social consequences of mining; national governments were shown to have devoted the highest percentage of their literature on mine closure to social impacts, but at just 52%, and with no other actor committing more than 50%, there is a dangerous lack of emphasis on social transition. Indeed, just 15% of the literature taken from “households and miners” concerns these social consequences, raising the concerning prospect that responsibility for ensuring a transition that will benefit workers and local people is falling to larger organisations, using a top-down approach to protect those most at risk from mine closure. These risks are particularly pronounced in the Global South, where local and even national governments can lack the resources and authority to implement many of these changes. “National governments have limited resources and have to address multiple development needs from the whole country,” said Strambo. “Local governments may be staggering in debts while having to respond to the localised impacts of closure with reduced income. “This all represents a huge obstacle to a well-managed mine closure in the Global South. To be truly effective, institutional capacity will have to be strengthened at the same time.”

Recent history is filled with examples of ineffective coal mine closures. Many older mines and facilities, which were constructed before rehabilitation and closure plans were required to be considered ahead of permitting, are now reaching the ends of their lifespans, forcing operators to make up rehabilitation plans on the fly. The Bobov Dol and Babino coalfields in western Bulgaria, for instance, once provided work for most of the local people, but the decline of coal in the region has left over 1,000 people without work and deprived local communities of their primary sources of income. Similarly, the frequent changes in ownership of more modern coal mines enable companies to dodge responsibility for rehabilitation projects, creating complex legal disputes when coal mines close, that only delay the relief offered to local people. In the space of two years, ownership of the Eagle Butte and Belle Ayr mines in the Powder River Basin in the US state of Wyoming flipped between Contura energy and Blackjewel. The two mines produced 35 million tonnes of coal as recently as 2018, but now 1,100 miners have been made redundant, and Contura has been forced to pay around $34m in back taxes and royalties to clean up the messy operation. With coal coming under increasing pressure due to its poor environmental performance, and alternative sources of power such as renewables and nuclear at the forefront of many governments’ agendas, coal looks set for a turbulent future, and examples like these raise valid concerns for those in the industry that mismanagement could sweep the sector. Strambo suggests that mining companies can do their part. “When mines cease their operations, companies can actively develop asset closure and labour management plans with the participation of trade unions, regional governments and citizens,” she said.

“They can help the workers approaching redundancy through, for example, tailored training programs, support finding work placements, counselling and mental health support, redundancy payments and through open and honest communication about the closure. They can also support local organisations in charge of steering and or coordinating the efforts to create new jobs and address the negative socio-economic impacts of closure.”

Strambo points to the Ruhr coal-mining region of Germany as an example of coal closure done properly. Over the last 50 years, coal mining has slowly been phased out of the area, with employment in coal mines falling from 390,000 in 1960 to 11,000 by 2014, and the sector’s contribution to the local economy declining from 61% to 21% over the same period.

“Some of the factors that have contributed to this success include workers’ active participation in the restructuring process and the use of socially responsible downsizing practices by affected companies, such as early retirement support, worker training programs and redistributing workers between jobs and sites,” said Strambo, highlighting the importance of working with employees, and considering a range of factors, when trying to close such a large-scale operation.

“Another lesson from the German case is that strategies that aim to keep things the same regardless of changing trends is unlikely to work out,” she continued. “Big heavy industries tried to keep going the way they used to, but ultimately, they ended up having to diversify to survive.” However, there are caveats to the German example, notably that the country has not abandoned coal entirely, only moved to a different form of coal; lignite, also known as brown coal or soft coal, is a softer and moister mineral that is mined in open-pit operations. Germany is the world’s largest producer of lignite coal, with production rising from 169.8 million tonnes in 2009 to 171.2 million tonnes in 2017, and Clean Energy Wire reports that over 179,000 hectares of German countryside have been given over to lignite-mining operations, which have displaced 313 settlements since 1924. While there are plans in place to phase out these mines too, they are not expected to close until 2038. Considering Germany’s abandonment of nuclear power – with nuclear providing 12% of the country’s electricity in 2019, compared to 25% eight years prior – lignite looks set to power Germany’s energy needs for the foreseeable future, with coal currently accounting for 40% of Germany’s energy mix. However, Strambo remains positive that the decline of coal will create opportunities for new industrial sectors. “There is now a window opening where new business opportunities are emerging, and where policy support is likely to be temporarily stronger,” she said.
Originally published by Mining Technology.