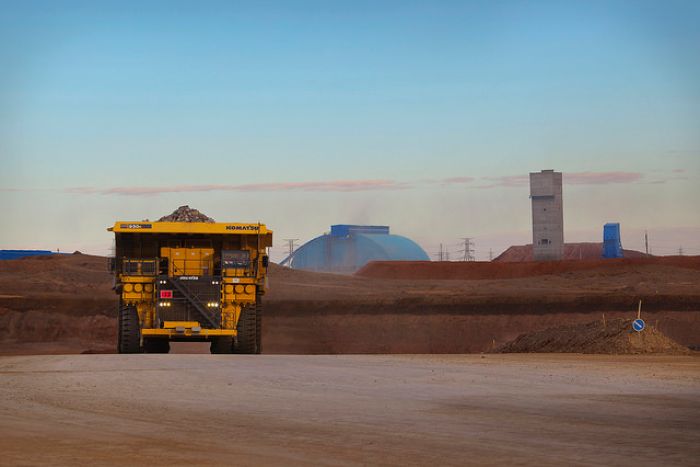 Rio Tinto has pledged to reduce its greenhouse gas emissions to net zero by 2050, supported by $1.5 billion worth of investments in climate-related projects over the next five years, after posting its largest profit in eight years.

But it has warned shareholders the coronavirus could create “significant uncertainty” for its business operations in coming months. On Wednesday, the iron ore giant posted an underlying profit of $US10.37 billion for 2019, up 18 per cent on its 2018 result ($US8.8 billion), after riding the wave of surging iron ore prices last year. It says it will deliver a dividend bonanza to shareholders by extending another $US3.7 billion in final ordinary dividends (to be paid in April 2020), on top of its $US2.5 billion interim dividends (paid in September 2019) and its $US1 billion special dividend (also paid in September).

The company’s total dividends for 2019 will be $US7.2 billion, representing 70 per cent of its underlying profits. The world’s second-biggest miner has also announced plans to spend $US1 billion ($1.5 billion) on climate-related projects over the next five years to ensure the company’s growth this decade is carbon neutral.

“We have a key role to play in enabling the transition to a low-carbon economy,” the company said.

“We do this through our well-positioned portfolio of high-quality iron ore, copper and aluminium. “We do not mine coal or extract oil and gas, and 76 per cent of our electricity consumption at our managed operations is supplied by renewable energy.” Rio has set itself new targets for scope 1 and 2 emissions for its managed and non-managed operations — a 30 per cent reduction in emissions intensity by 2030 from 2018, and a 15 per cent reduction in absolute emissions by 2030 from 2018 levels. Speaking to shareholders on Wednesday, Rio chief executive Jean-Sebastien Jacques warned the coronavirus could impact on its operations in coming months, since Chinese steel mills were major customers and important supply chains could be disrupted. “We acknowledge that there will be some short-term volatility, but we are very well positioned,” he said.
Originally published by ABC News.

Request a demo of Decipher