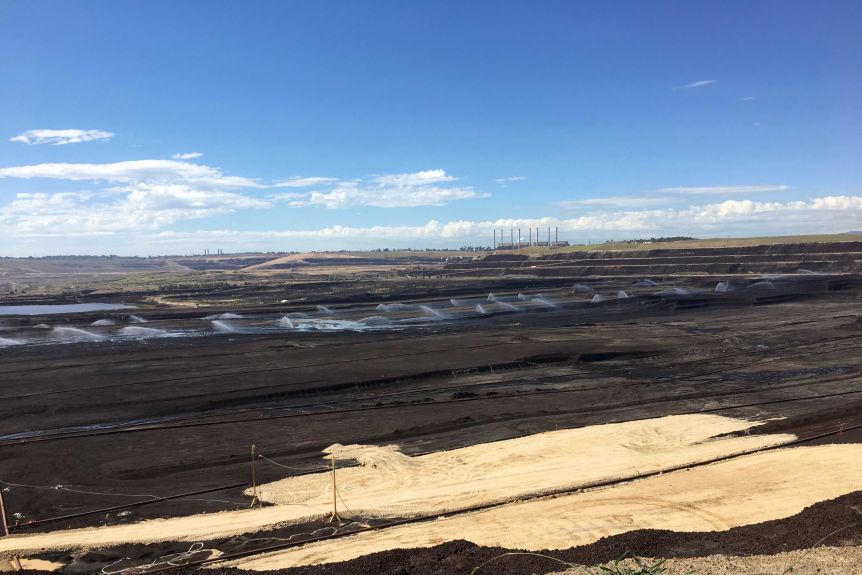 A Victorian Government report has cast doubt on whether it will be possible to turn all three Latrobe Valley open cut coal mines into lakes when they close.

Since October last year the Government has been considering a proposal to use water from the Latrobe River system to fill the mines and turn them into lakes.

The proposal attracted criticism from Central Gippsland farmers who use the river for irrigation, as well as environmentalists who fear drawing large amounts of water from the river could damage the environment.

The report, released on Friday, echoed their concerns about the availability of water from the Latrobe.

The report found if the drying continues, river’s inflows would be “half of their historic average” by the time Loy Yang mine closes in 2048.

It said mine operators should plan for a drying climate, and that any water used for rehabilitation should not “negatively impact” traditional owners, the environment or the rights of other water users.

Collectively, 2781GL would be needed to turn the three mines into lakes, with each mine taking 15-30 years to fill.

Engie, which owns Hazelwood, has submitted its rehabilitation plans to the Government and plans to start filling it with water next year.

Lakes ‘not the only option’

Victorian Resources Minister Jaclyn Symes said it was going to be “very, very difficult” to turn the three mines into full lakes.

“How much water the three [mines] will use, whether two of them need water, one doesn’t, are all open for further consultation and development as we go along.”

The report found other water sources, including desalinated and recycled water, could be as cost effective as filling from the Latrobe River — but noted that could change in the future.

The Latrobe Valley power station operators already have water entitlements from the Latrobe River, and the report says that should be the maximum amount used for rehabilitation.

It also says the amount could be less if the climate continues drying.

“It is unlikely that water will be available for mine rehabilitation in most years,” the report stated.

Ms Symes said fencing the mines off and leaving them empty was not an option.

Environment Victoria (EV) was pleased the report stated that the environment and other water users should not be disadvantaged by mine rehabilitation.

“This is a really important point because as we go into a drying climate, it’s going to be increasingly clear that there isn’t that much water going around in the Latrobe River system,” EV campaigns director Nick Aberle said.

Local environment coalition Friends of Latrobe Water said the report confirmed what was known previously — that using river water would not be sustainable.

Farmers group Latrobe Irrigators saw the closure of the Latrobe Valley power stations as an opportunity to expand irrigation in Central Gippsland.

The group’s spokesman, cattle farmer Angus Zilm, said the report was “exactly what we’d been asking for”.

“It clearly says that further exploration is required for alternate water solutions such as recycled water and desalinated water,” Mr Zilm said.

“This is exactly what we’ve been campaigning for from the beginning”.

Mine owners set on lake plans

In a submission made while the report was being compiled, Yallourn’s owner, Energy Australia, advocated filling the mines at a quicker rate than proposed by the Government.

Energy Australia energy executive Liz Westcott said in the submission that a “[delayed] flooding of the Yallourn mine [would] force intolerable risks, costs and delays upon all the community, government and mine operators”.

Alinta Energy, which owns the Loy Yang B plant, said in its submission that the mine operators should be able to access additional water through the open market.

It also said the Government’s final approach would have “consequences for current operators as they assess the viability on continuing operations”.