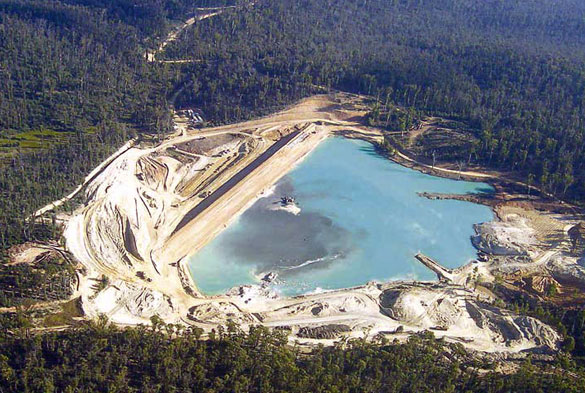 
Victoria’s earth resources regulator is working to protect the environment by continuing rehabilitation of the old Benambra mine processing site, near Omeo. A structured rehabilitation program will be rolled out over the coming months. Work will include improving drains below the former site, removing acidic sediment and controlling erosion. Rehabilitation work is estimated to cost $300,000 over the next six months. The current rehabilitation builds on work completed by the State Government in 2006, after the former mine operator became bankrupt and defaulted on its obligations. Technical specialists and an environmental auditor are assisting the regulator to plan and oversee the next phase of rehabilitation, after regular monitoring revealed further maintenance was needed. The work is necessary to protect the surrounding forest and aquatic ecosystems. Mine licensees are obliged to rehabilitate their sites in Victoria and to fulfil their obligations to manage risks to public safety and the environment. Earlier this year Earth Resources Regulation released its Regulatory Practice Strategy for the Rehabilitation of Earth Resources Sites (PDF – 2.1 MB) to drive better rehabilitation of mine, quarry and other resources sites and protect people, land, infrastructure and the environment. The strategy aims to ensure that situations where site operators become bankrupt do not result in them avoiding their rehabilitation obligations. It does this by helping operators plan and rehabilitate sites over the full life cycle of a project, rather than after extraction is completed. The rehabilitation works being undertaken at the former Benambra mine processing site are not related to the proposed Stockman mine project, located nearby.

“Effective site rehabilitation underpins public confidence in the resources industry and the regulator – the commitments made upon approval of a project must be fulfilled when its complete.”

“Our Regulatory Practice Strategy is in place to ensure former resources sites are rehabilitated properly. What occurred in the Benambra in the 1990s mustn’t be allowed to happen again.” “If an operator fails to meet their obligations, we’ll ensure rehabilitation is completed to protect communities and the environment.”   Originally published by Earth Resources.   Don’t miss another update!
Decipher Decipher Mining Mine Rehabilitation Mining
Share on Facebook Share on twitter