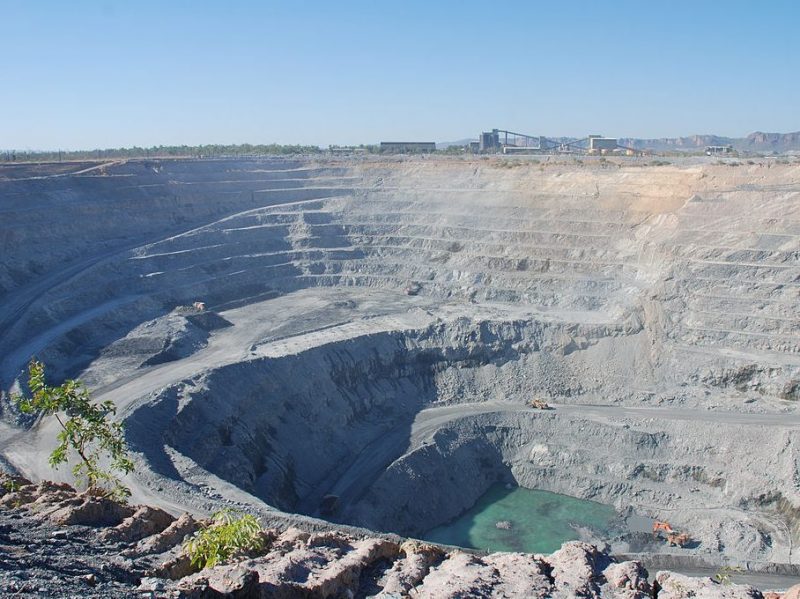 Mine closure and rehabilitation is controversial in Australia. It’s estimated the country has over 60,000 abandoned mines that remain hazards, with only a handful having been reclaimed. Equally contentious is uranium mining. So much so that in the 80s, the government agreed to restrict licencing to only three already established projects – known as the so-called ‘three mines policy’. One of them is Ranger. Located beside Kakadu National Park, near Darwin in the Northern Territory, uranium was first discovered here in 1969, but it was not developed until the 1980s. The mine has operated, often controversially, ever since. This year, however, the project will process the last of its ore. When finished, an ambitious reclamation project will begin which, if successful, could transform the reputation of both mine restoration and uranium mining in Australia forever. In only five-years, Energy Resources of Australia (ERA), a subsidiary of Rio Tinto, needs to transform the mine land to a condition ‘consistent’ with the surrounding National Park. This huge, first-of-its kind task, which the company estimate will cost A$799m, will involve filling gigantic holes, knocking down buildings, disposing of wastewater and tailings dams, as well as planting millions of trees. ERA started the rehabilitation of Pit 1 at Ranger in the late 1990’s and has been progressively restoring the site ever since. So far, the company says it has spent well over half a billion Australian dollars on rehabilitation and ‘achieved a number of progressive milestones’.

“This has given ERA substantial experience and can provide the public with confidence the rehabilitation objectives in the Ranger Mine Closure Plan will be fulfilled,” says a company spokesperson.

ERA first released its full mine closure plan in 2018. The document, however, soon received intense scrutiny from environmental groups, not just because it’s an ambitious, high profile project – but because of Rio Tinto’s previously poor reputation for uranium mine restoration. Rum Jungle — one of Australia’s oldest uranium mines originally set up in the 1950s – closed 47 years ago but has never been rehabilitated. Acid and metals from the mine have been leaching into parts of the nearby Finniss River ever since. The management of the mine was contracted to a subsidiary of the Rio Tinto Group, but the company has consistently denied any responsibility for rehabilitating the site. Now the mine is to be restored at a cost of up to A$300m to the tax payer. Therefore, reclaiming Ranger represents a ‘pivotal test’ of Rio Tinto’s corporate responsibility, as well as a significant examination of the maturity of Australia’s political and regulatory frameworks, says Dave Sweeney, a nuclear free campaigner from the Australian Conservation Foundation. “The rehabilitation of Ranger is happening against the backdrop of this failure, we as civil society groups are very seriously determined to ensure history is not repeated,” he says.

Criticisms of the initial plan

Shortly after its publication, Sweeney and Rebecca Lawrence, a research affiliate with the Sydney Environment Institute, published a report critiquing ERA’s mine closure plans. In it they highlighted issues around a lack of transparency, poor quality benchmarking, and noted that the plan doesn’t factor in things such as climate change or address past issues, including tailings dam seepage. Most of the closure plan, they said, consists of summary documents, with much of the modelling, technical documents and important information about ‘how’ things would be done missing. ERA disputes this however, saying the plan is very detailed and is publicly available, which ‘provides a very high level of transparency’. In October 2019, the company published an updated plan, which it says incorporates feedback from a ‘rigorous’ 18-month stakeholder consultation process, including discussions with the Gundjeihmi Aboriginal Corporation and the Northern Land Council, as representatives of the Mirarr Traditional Owners, and Northern Territory and Commonwealth Government agencies. Sweeney, however, doesn’t think the update provides comprehensive answers to many of the issues highlighted in his report, but says it does recognise the need for more work to be done. “There’s not much extra clarity but the positive sign is there are areas recognised as needing further work and there’s a commitment to do it,” he says.

There have been ‘clear indications’ over the past year, even from the board level, that Rio Tinto has ‘real intent’ about delivering the rehabilitation project says Sweeney. These include, he says, a revision of the management team to include more expertise in mine rehabilitation. The company has opened a line of A$100m of credit to ERA and increased the rehabilitation provision. It also now owns 90% of ERA, up from 68%, a move which was the principal mechanism for another A$400m plus in funds for the rehabilitation. Furthermore, Sweeney says there is an increased sense of commitment to help the transition of nearby Jabiru away from being a mining town, as well as representation from the Gundjeihmi Aboriginal Corporation on the technical committee.

“While those things can change, it’s positive; we see a trajectory emerging that is consistent and hopeful and gives an increased sense of confidence the company is committed to doing the best it can to address the rehab.”

Pressure to prove that uranium mines can be rehabilitated

Rio Tinto and ERA’s renewed commitment to rehabilitating Ranger is perhaps evidence that after decades of, at best, minimal public engagement, the reputation of mining companies, and more specifically, how this affects the social licence to operate, is now high on the agenda of international firms.

“Absolutely, the principal driver for Rio Tinto is reputational risk; it is very aware of social licence, traditional owner and indigenous stakeholder approval and civil society consent – and their importance for expediting a project wherever it might be in the world,” says Sweeney.

Furthermore, Lawrence says there is enormous pressure on Rio Tinto to demonstrate that a uranium site can be rehabilitated. “If miners and the nuclear industry want to maintain the narrative that uranium is a clean source of energy, they need to show a uranium mine site can be rehabilitated; that’s why the pressure is on,” she says. “Otherwise there’s a real danger that image of nuclear energy as a clean energy source will be shattered – the only way you can sustain that story is by showing you can rehabilitate where the uranium actually comes from and no one has done that yet,” she adds.

Uranium beginning to be seen as more palatable

If the rehabilitation of Ranger is a roaring success, it could ease concerns of communities near potential new mines and grease the wheels for future mine licence approval. It could even help more uranium mines be approved in Australia, which has around a third of known global reserves.

“There’s definitely a shift happening in Australia, uranium mining is starting to be seen as more palatable and for the first time the government is also admitting climate change means we might need to rethink our commitment to fossil fuels,” says Lawrence.

The ‘three-mine’ policy around uranium is already starting to unravel with new projects being approved, including the Yeelirrie uranium mine, 500km north of Kalgoorlie, Western Australia. Asked about whether safeguarding future social licence is part of ERA’s motivation, a company spokesperson says:

“Rehabilitating Ranger is first and foremost the right thing to do. It is our wish that ERA be recognised for our achievements in caring for country, in successful mine rehabilitation and creating a sustainable, positive legacy. This is important in enhancing our social license to operate, so that we can unlock and pave the way for future growth.”

Concerns remain in a big year for clarity

As processing operations at Ranger shut down at the end of the year, the next mine closure update will be ‘pivotal’, says Sweeney. He hopes it will include some of the detail missing in the last report. “This is a big year for us to try and get some clarity,” he says. Similarly, other concerns still remain. For example, what will happen once the project is finished – will vegetation continue to be monitored? “There needs to be a post closure monitoring regime with financial and practical mechanisms in place; how do we provide the money, the capacity, the resources, the monitoring and the checks and balances in 10/15/30 years’ time?” says Sweeny. “We’re keen to get detail on that from the Australian regulator and Government. The most important thing is there is not some fixed, arbitrary date on which work finishes and everyone walks away.” In the most recent mine closure plan, the company states it understands the ultimate cost of remediation is uncertain, and that it will monitor and maintain the site for up to 25 years but it doesn’t say to what extent.

Can it be done?

However, with so much work to undertake and pressure and expectation mounting on the ambitious project, can it actually be done? “We’re not confident,” says Sweeny. “We are increasingly assured Rio Tinto is motivated and committed to doing a good job, which we didn’t feel before, but we are less confident in its capacity to do it,” he says.

“It’s a heavily impacted and complicated site; there’s mine handling and residual waste management issues, challenging climate – a unique set of circumstances that will make it very difficult,” he adds.

Only time will tell if the company can pull off its mammoth task. Nevertheless, it’s clear the rehabilitation of Ranger is an opportunity for Rio Tinto to demonstrate what responsible end-of-life mine management looks like. With this project it can show that with the right stakeholder engagement, will, determination and financing, land – and faith in the mining sector – can be fully restored.

With Decipher’s Monitoring module, you have all of the tools you need to manage your project-specific data requirements and insights to help drive effective environmental monitoring.