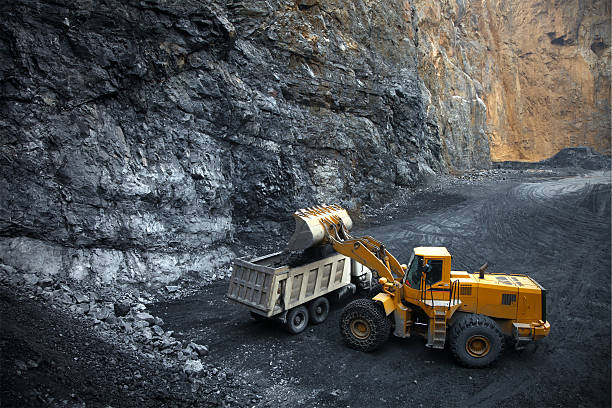 The mining sector has been relatively immune to the disruption felt by other industries in the past decade but, according to Australian researchers at The State of Play, it is poised for a major shake-up. Through interviews, survey and deep analysis of 399 of the world’s largest mining and service companies, including the likes of Rio Tinto, BHP, South32 and Oz Minerals, the report has uncovered that top-level executives are no longer feeling exempt from the rising tide of social and environmental expectations.

More than half of the respondents indicated the need for transparency will be a major value driver in the next 15 years. Report Chairman, Graeme Stanway, says mining business models have remained relatively stable over the past twenty years, but that’s all about to change. “Through technological advances we’re seeing social and environmental expectations at unprecedented highs. In order to continually attract talent and optimise results through innovation, mining must meet the growing need for transparency of its products.” he says. Historically this concept of “provenance” wasn’t a factor when it came to mining as the supply chain, beyond the raw material, took the spotlight. Something, Stanway says, that is in the throes of change. “Telling the story of where minerals are from and how they are sourced to gain competitive advantage is one of the most untapped areas of value in mining. Through our discussions with industry leaders it’s clear this will become an area of focus in the coming years.”

He adds that when it comes to technology we are on the brink of extraordinary transformation with nearly three quarters (73%) of mining executives indicating that robotics and automation will have the biggest impact on the industry in the next 15 years. “In the next ten and even five-year time-frames, some mine sites will be largely unrecognisable, and in some cases, almost invisible. Industry leaders are setting their sights heavily toward AI, automation and sensing tech.” He says this is only the tip of the iceberg. “Once these technologies are fully integrated and fuelled by renewable resources, the level of precision, speed and accuracy that can be achieved will alter more than just profits, it will ultimately refocus the world’s view of mining as an industry with a far smaller environmental footprint than ever before.” So, what are the key drivers likely to propel major change into mining as we know it?

Global cobalt mine supply at risk of disappearing

Here’s a snapshot of where things are headed and how it could look:

Mining executives s who believe robotics and automation will have the biggest impact on the future of mining: 73% Economies of scale will be a thing of the past, driven by automation –we’ll see ‘swarms’; larger numbers of smaller autonomous fleets, responding in real-time to operational requirements. What would the ultimate mine look like? Potentially an army of un-hackable robotic wheelie bins where the design efficiency is monumental, both in open pit and underground.” John de Vries, CEO Black Rock Mining

Executives who see explorers as the main drivers of innovation over the past four years: 3X Explorers are collecting large amounts of data, sharing it widely and applying advanced analytics and machine learning to identify new deposits – will we soon see an Amazon Exploration or Google Prospecting? “While we have seen majors make a discovery or two, really it is the juniors that are finding the mines of tomorrow.” Investment executive

Asian executives who see biotechnology as the most important new tech relative to Australian execs: 3X The natural environment holds almost unlimited potential for mining -rehabilitation efforts will be greatly accelerated by bacteria consuming and processing toxic material …as will mining itself. “Mining biotechnology and re-engineering bacteria and other microorganisms through synthetic biology could transform uneconomic ores and wastes to reserves and mitigate the environmental impacts of mining.” Dr. Anna Kaksonen, Mining Biotechnologist

Rank of start-ups in the list of the largest drivers of innovation in the global mining industry: #2 Mining’s high capex approach to operating mines is facing an enormous shake-up as new digitally enabled service providers emerge, much like consumers moving from buying CDs to streaming subscriptions. “Technology will be used to fundamentally reduce footprint in mining, particularly through the use of renewable energies –in Chile, over 30% of our energy is consumed in mining.” CEO, Global Miner
Originally published by Mining Review.