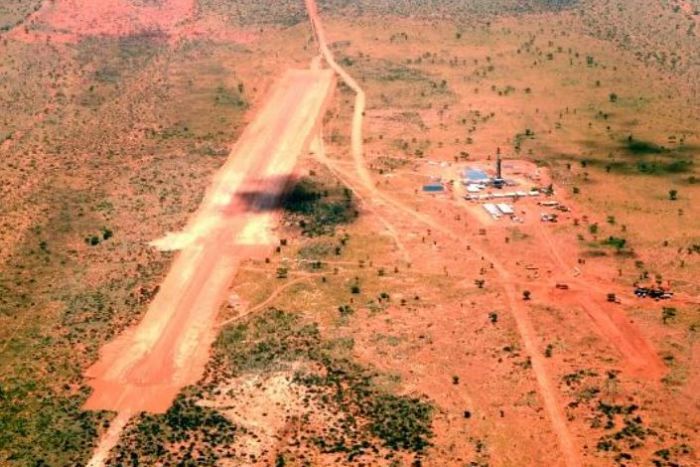 New Standard Energy (NSE) drilled four wells in north-west Australia’s Canning Basin in 2011 and 2012 in the hope of tapping into the area’s estimated 43 billion barrels of shale oil. The failure to find commercial quantities of oil and gas contributed to a severe economic downfall, and now the environmental liabilities from those wells has led to a suspension from trading. Earlier this month the Australian Stock Exchange (ASX) formally requested an explanation for why an environmental liability for rehabilitating the well sites was not included in the company’s financial reporting. This came after NSE’s auditor had noted a liability was not included in the company’s financial reporting, despite Western Australia’s Department of Mines, Industry Regulation and Safety (DMIRS) directing the company to complete rehabilitation by November 2019. Company documents show NSE responded to the ASX that the cost was not possible to estimate without visiting the long-abandoned desert exploration wells. It was evidently an unsatisfactory response as the ASX announced on Monday that the company ” … will remain suspended until NSE demonstrates to the satisfaction of ASX that it can reliably estimate its rehabilitation obligations”. The ABC contacted the company for comment, but the telephone number listed on NSE’s website diverts to Telstra Home Messages. Emails to the company were not responded to. Financial analyst Tim Treadgold has followed the rise and fall of NSE and said an ASX suspension for not disclosing environmental liabilities was unusual.

“The company claims it can’t work out what it owes, but quite frankly I’ve never come across that before,” Mr Treadgold said.

“None of this is rocket science, this is something that is done every day of the week, and I’ve never seen a company queried for not making a provision for that work.”

PHOTO: New Standard Energy’s share price peaked in 2012 before crashing below one cent in 2015.

NSE shot to prominence in 2012 when it announced an agreement with global energy company ConocoPhillips to fund up to $110 million of exploration for unconventional shale oil and gas in the Canning Basin. Instead they found drilling in the desert, where the company had to establish remote work camps, roads and air strips, expensive and ultimately unrewarding. Plans to hydraulically fracture wells in the Canning Basin were never realised as the company’s fortunes declined. The oil price crash of 2014 ended NSE’s exploration program and their share price has stayed below one cent since 2015. By the time the company was directed to complete environmental rehabilitation of the well sites it had net assets under $200,000 and a share price of 0.3 cents. Earlier this year the ABC reported that resource industry and environmental experts doubted NSE’s ability to meet its environmental rehabilitation obligations.

The DMIRS declined to be interviewed by the ABC, but in a statement said that they had received rehabilitation plans from NSE. “DMIRS has not approved New Standard Energy’s rehabilitation plans and has requested further information,” the statement said in part. “DMIRS will investigate any failure to comply with these directions, and take further enforcement action as required.” DMIRS’s statement said that it renewed an exploration permit for the troubled company in the same month that they directed environmental rehabilitation to be completed to ” … allow the company to undertake decommissioning and rehabilitation works”. The Minister for Mines and Petroleum, Bill Johnston, said renewing the exploration permit ensured the liability remained with the company. “If the permit had not been renewed then the company would have been excused from the rehab obligations,” Mr Johnston said.

“It’s absolutely essential that we try as much as possible to put rehabilitation obligations onto the companies.”

In August this year the ASX formally queried the ongoing financial viability of NSE as, even without exploration activity, operating costs had brought assets below $100,000. NSE assured the ASX that the company was working on making money, including a share placement that raised $200,000 from investors in May 2019. But the company’s annual report released in September 2019 showed that net assets had now dropped to around $51,000. Mr Johnston concedes that, now that trading has been suspended by the ASX, it will be more difficult to hold NSE to its environmental liability. “We can take action to enforce the obligations they have, but of course if the company has run out of money it’s going to be very difficult,” he said. The Minister said his Government was preparing to overhaul environment regulation of the petroleum industry in Western Australia. “There is no question that the Government of Western Australia believes that the current system for regulating the environmental risks is not up to standard,” Mr Johnston said.

“New Standard Energy was approved in 2006 … it’s not possible for me to fix something that happened 13 years ago, but what I can do is make sure things happen better in the future.”

Mr Johnston said he had been developing plans to introduce a petroleum rehabilitation fund in Western Australia to protect taxpayers when companies failed to meet obligations. “Arising from the enquiry into hydraulic fracturing, there’s been a recommendation for the creation of a new system for managing the rehabilitation obligations,” Mr Johnston said. “The one that I most favour is the establishment of a petroleum rehabilitation fund modelled on the mining rehabilitation fund, and we’re well advanced on that.” APPEA — the Australian Petroleum Production and Exploration Association — said NSE was not a member of the association and therefore could not comment on their specific activities. But WA director Claire Wilkinson said it was important that the industry operated to the highest standards, was subject to robust regulation, and that the community had confidence that this was the case. “Rehabilitating sites after operations is a standard part of undertaking exploration activities,” Ms Wilkinson said. “It is rightly strongly regulated, and the industry takes its obligations very seriously.”
Originally published by ABC.