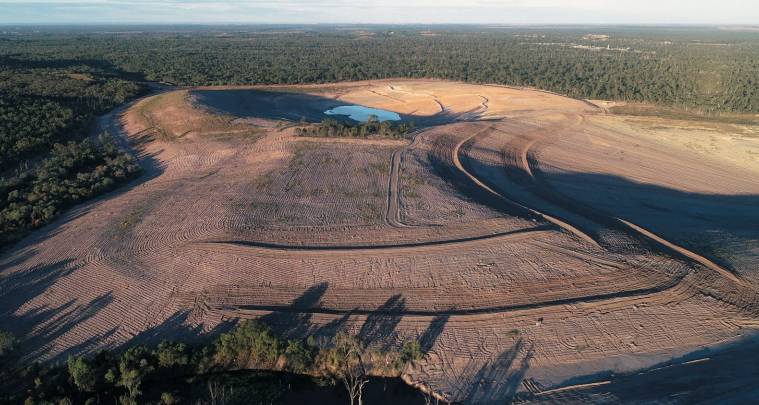 Glencore has achieved its seventh Australian certification for land rehabilitation after areas of its Oaky Creek coal mine in Queensland were returned to their original healthy state. The Queensland mine was closed for open cut operations in 2006 but has continued to produce steel-making metallurgical coal. Glencore produced six million tonnes in 2020. Glencore general manager of environment and community John Watson said the rehabilitated land supported native vegetation and could have a future in cattle grazing. “This is the fifth successful certification application in the past three years by a Glencore site in Queensland and the seventh across Glencore’s Australian coal business,” Watson said. “Achieving government sign-off on these areas of rehabilitation is reward for many, many hours invested by our workforce in returning mined land to the agreed post-mining purposes.” Queensland Resources Minister Scott Stewart said the land was close to being handed over for repurposing.

“Up to 133 hectares of land that was once part of an open cut mine is now verdant landscape with native vegetation and is on track to being safely and sustainably passed on for the next land use,” Stewart said. “In 2018 the Palaszczuk government passed important mining rehabilitation legislation to ensure land no longer used for mining is returned to its original state, or better. “It is great to see companies like Glencore take on their rehabilitation responsibility with real enthusiasm and produce impressive results like we see here today.   Stewart also outlined the importance of rehabilitating retired mines, and its integral part in Glencore’s business plan. “We know resource developments bring significant benefits to regional communities and Queensland,” Stewart said. “These advances in rehabilitation ultimately provide certainty for business, industry and ongoing benefits for local communities. “To date, Glencore has completed 10,375 (hectares) of rehabilitation across its Queensland coal mines, equivalent to more than 17,000 football fields.” The Oaky Creek mine is 250 kilometres west of Rockhampton and gave work to 693 employees and contractors in 2019. The latest rehabilitation certificate comes after an announcement that Glencore would wind down all coal operations outside of Australia by 2050. The environmentally conscious decision came in line with the company’s aspirations to meet Paris Agreement targets. Glencore highlighted that its scope one and two emissions had both been reduced by more than 20 per cent compared with the 2018 levels as it continued to target carbon neutrality by 2050.   Originally published by Australian Mining.