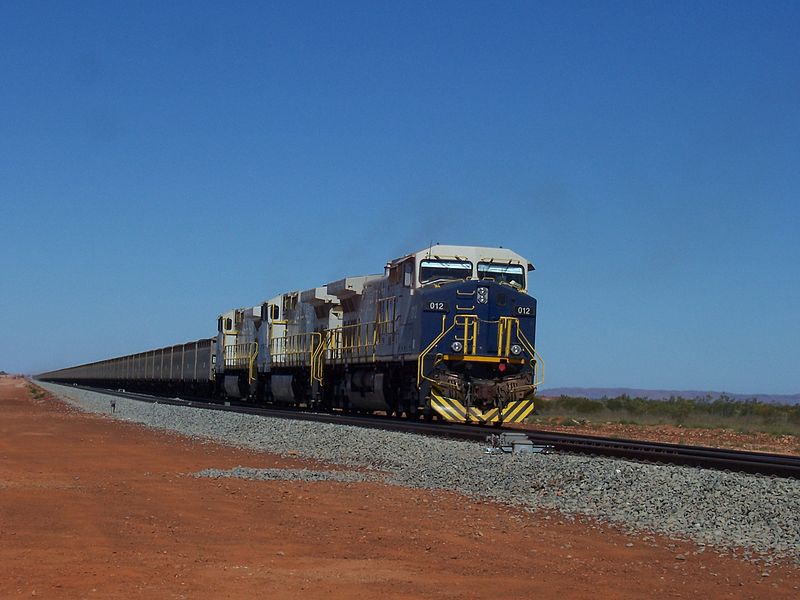 The world’s sixth largest country, Australia enjoys a wealth of raw materials. From gold to iron ore, coal to copper, aluminium to nickel, beneath the earth’s orangey hue, the country is a veritable playground for global mining companies. Minerals make up almost half (44%) of Australia’s entire annual exports – according to international data provider Trading Economics – worth a record $248bn in 2018-19. That is almost nine percent of gross domestic product (GDP) says Australia’s Department of Industry, Innovation and Science, which adds the sector employed around a quarter of a million in 2018. “The Australian mining sector is a global leader and has spearheaded economic performance for over a decade,” says Tania Constable, CEO at the Minerals Council of Australia (MCA). “It continues to do the heavy lifting in generating jobs, export revenue and economic growth.” However, the sector is becoming increasingly tied up in a wider conversation about environmental and climate change concerns. The recent Australian federal election highlighted the growing unease the public have when considering the country’s efforts to address the global climate ‘emergency’ scientists and politicians are warning of. This growing restlessness was on display more than ever in the run up to polling day. In a poll by broadcaster ABC, 29% of the more than 100,000 voters it spoke to cited the environment as their biggest concern, up from just nine percent during the 2016 election campaign.

Whilst Australians have expressed their concerns, sometimes quite forcefully, political leaders have been slow to act on the issue. The 2019 election – which saw Scott Morrison and his Liberal-National coalition re-elected in a surprise result – saw climate change take centre stage, at least for some of those vying for power. Then Labor leader Bill Shorten committed to a number of climate change and environmental policies. Morrison, a long-time advocate for the coal industry in particular, and his government appeared less vocal on the issue, often taking the debate back to the economy during campaigning. Constable, however, argues the government has already taken positive steps to address environmental concerns. “The Federal Government has outlined a policy to help Australia meet its climate challenge targets. Australian businesses are already working to help deliver Australia’s commitments in the Paris Agreement.” She adds Australia’s minerals industry understands responsible environmental management is fundamental to responsible business practices throughout the lifecycle of a mine, from planning through to closure. “Environmental management and rehabilitation has improved significantly over recent decades. “The industry is committed to the rehabilitation of mined land to make it available for other uses after mining, whether it be conservation, grazing, cropping or other uses. The industry’s approach towards environmental protection is based on the use of sound science and robust risk-based approaches in the assessment and management of potential environmental impacts,” she says.

What next for Australia’s mines?

Away from the climate change debate, the country’s mining sector continues to be the backbone of the economy, a fact not likely to change any time soon. “The Federal election result was a win for jobs and investment in Australia’s resources industry,” says Constable, who believes the government’s reform agenda will ‘support the mining industry’s ability to continue to develop the nation’s minerals for the benefit of everyone’. In its first National Resources Statement for 20 years, the Government outlined its vision for the industry in February 2019. It said there were five key goals that would ‘form the centre of all of our efforts’. They include promoting an attractive environment for investment, identifying new industries and markets, investing in new technologies with a focus on better environmental outcomes, and continuing the support for job creation and mining communities. “Our resources sector, and the people that rely on it, have an almost boundless future if we get this right,” said Matthew Canavan, Minister for Resources and Northern Australia. “The government’s Resources Statement will promote our national brand, boost cooperation with the states on the development of new resource basins, upgrading and enhancement of skills and investment in surveys to discover the critical minerals we will need for Australia’s future,” says Constable.

Australia, with its abundance of materials, is well positioned to leverage its mining capacity. Internationally, there is growing concern surrounding the future supply of many essential materials. Demand has been growing steadily, and is expected to ramp up further in coming years, as new technologies alter the way society and business is powered. “We are producing the resources the world needs to grow and prosper. That means gold and copper for communications and renewable energy; iron ore and metallurgical coal to make the steel, which builds apartment buildings, roads and bridges; and lithium and cobalt for battery storage,” says Constable. A recent study commissioned by Earthworks and conducted by University of Technology Sydney’s Institute for Sustainable Futures (ISF) acknowledged the growing demand for materials but warned of the impact it would have on the environment and communities. It said mining operations would have to adhere to stringent, independent environmental and human rights standards. Constable believes Australia is well positioned to meet the need for responsible materials sourcing. “This has been driven by sustained investment in research and development, improved management practices and partnerships with communities, scientific and other non-government organisations… We [MCA] are looking forward to continuing the partnership with the Federal Government to ensure that Australia meets our commitments by supporting the Climate Solutions Package and other climate policy initiatives.” While demand for coal looks set to continue its decline, copper, cobalt, and lithium demand – among others – will grow year-on-year for the foreseeable future, something Australia needs to capitalise on if the country wants to stay ahead of potential risks. “The outlook for Australia’s resources sector is extremely positive,” Constable concludes. “Australia is well-placed to supply these growing markets but this opportunity is not guaranteed. It demands consistent government policies that encourage investment and productivity growth, and thereby make the Australian economy more competitive and prosperous.” She says future government policy will have a significant effect on the sector and the communities it operates in. Remarks earlier this year by Canavan, made clear the government’s position: “The living standards of Australians rely in large part on maintaining a strong resources sector. Even if you don’t work in resources, the revenue that the industry brings in helps pay for schools, hospitals and other services,” he said. The country has a clear position on mining, even if it isn’t to the taste of some. The reality is, if a cleaner world is to be achieved, a healthy mining sector is a critical component.
Originally published by Mining Technology.