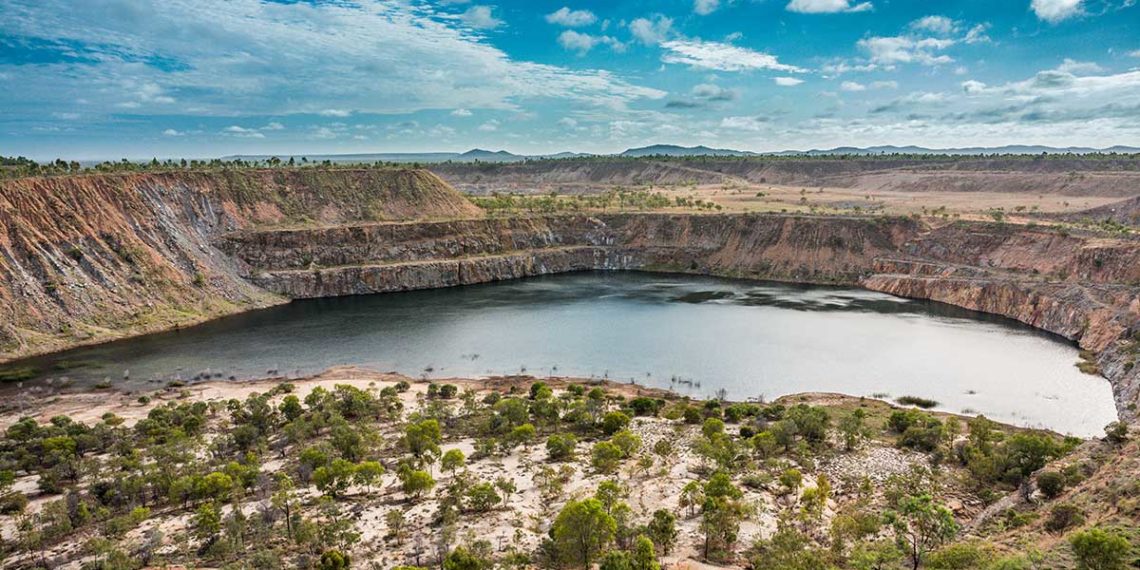 Construction is set to begin on a sustainable engineering project that will turn two retired mining pits in Queensland into a pumped hydro facility.  Led by Genex Power, the 250 MW Kidston Pumped Hydro Project at the old Kidston gold mine, 280 km north west of Townsville, will involve building an upper-level dam adjacent to the existing mine pits. Stored water will be pumped through reversible turbine-generators into the lower reservoir to generate renewable energy. Genex Power Executive Director Simon Kidston said the planned pumped hydro facility will be a crucial element of what is set to become a clean energy hub. “We’ve been working on this project now for approximately four years and we’re about to commence construction,” he said. “We’ve been thinking about this next phase of its life as being a clean energy hub. We proposed to have solar, wind and hydro all operating from the site. “The solar component was built in December 2017 and is producing up to 145,000 MWh per year straight into the National Electricity Market, which is the equivalent to powering 26,000 homes.” Kidston said that while energy can be generated via solar and wind, the hydro facility will help ensure supply is made reliable by storing the energy. “It’s the Holy Grail of renewable energy,” he said.

“We call it a giant water battery. You pump water from the lower reservoir to the upper reservoir when energy is in surplus and then you release that water and generate the power at times of peak demand and peak price. “The energy gets metered when it goes into the grid. Then when we pump, the energy comes out of the grid and we pay for energy. Everything gets managed through the grid.

“The physical electrons themselves will go to the nearest point of consumption. For example, if the hydro is in pumping mode and consuming energy during a sunny day, the electrons will be consumed from the adjacent solar farm.” While pumped hydro facilities are already in operation around Australia – including the Snowy Hydro Tumut 3 power station, Shoalhaven Hydro in Kangaroo Valley and Wivenhoe Power Station near Brisbane – the Kidston Pumped Hydro Project is unprecedented in its re-use of retired infrastructure.

“It’s always smart if you can utilise infrastructure that was built for another purpose. In our case, our two reservoirs are in place,” Kidston said. “These pits are truly enormous. When we’re releasing water from the upper reservoir through the turbines into the lower reservoir, the amount of water flowing through the turbines will be equivalent to 250 Olympic swimming pools per hour.”

Pumped storage hydro – using stored water as potential energy – offers a way to manage energy demand and makes solar and wind energy supply more stable and therefore more viable. “There are a lot of other pumped storage projects that are in the planning stage,” Kidston said. “There’s a reliance on pumped storage projects now due to their ability to deal with intermittency, managing the energy system and dealing with the abundance. “What’s required from a [renewables] system strength perspective is pumped hydro being developed around the country in order to manage that intermittency.” The project has the potential to generate for up to 8 hours, producing 2000 MWh of rapid response, flexible power for delivery into the National Electricity Market. Similar to the Snowy Hydro’s Tumut 3 hydro power station, the facility will not discharge, but continue to recycle water. “We are all very excited,” Kidston said. “It will take a little while, but the main thing is to get the construction underway and that will happen this year.” Originally published by Water Source. Useful links: