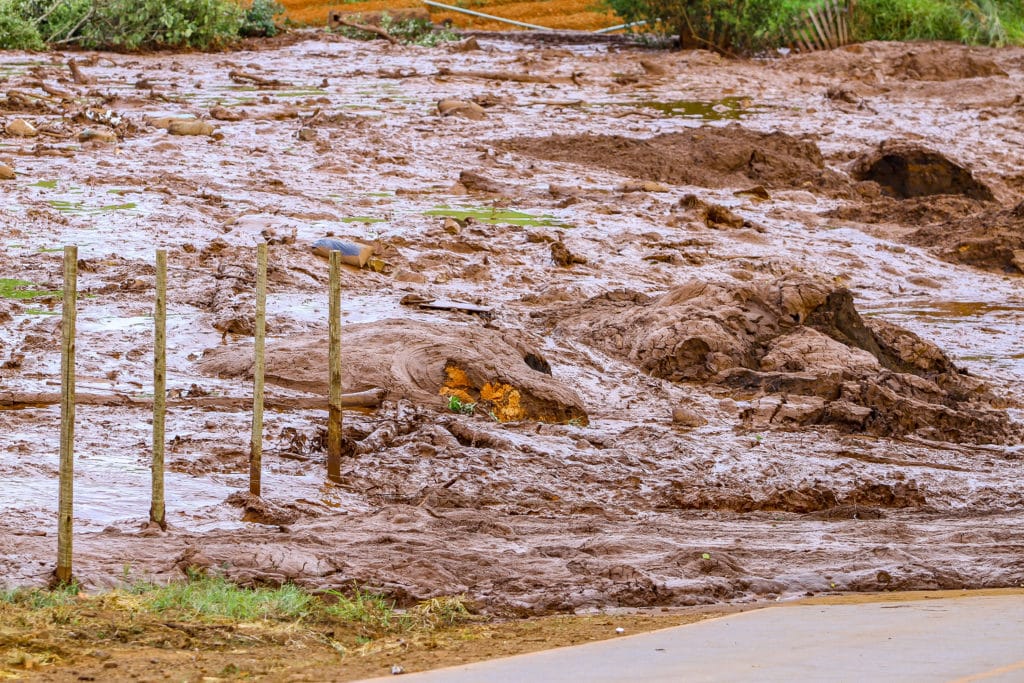 Strict global standards are needed to put an end to the deaths and environmental destruction caused by tailings dam failures, says a report by an international group of 142 scientists, communities and environment organizations.

There’s been intense scrutiny of the safety of tailings dams in the wake of liquid mine sludge pouring into lakes and waterways in B.C. from the 2014 Mount Polley tailings dam failure and the loss of 270 lives in Brazil after the 2019 dam collapse in Brumadinho.

Although those catastrophes stunned the world, they should not come as a surprise because some mining companies sacrifice safety to cut costs, says the report co-written by MiningWatch Canada and Earthworks.

“There are 71 known cases of tailings failures (since 2010) that have led to 482 deaths and damaged over 2,100 kilometres of waterways. Across the world, communities in the shadow of large tailings dams live in a state of perpetual fear,” it says.

Thousands of tailings ponds around the world are failing more frequently and with more severe outcomes than in previous decades, the report says, outlining 16 recommendations for ways forward in safer mine operations.

Tailings are the finely ground muddy or sandy slurry of water and mine waste after valuable metals or minerals have been extracted and processed — and often include substances used in processing, such as cyanide or petrochemicals, according to Earthworks. Generally, only between one and five per cent of what’s extracted from a mine is the desired mineral, meaning more than 95 per cent of material is leftover and has to be stored as tailings.

Typically, tailings are stored behind large dams that can reach hundreds of metres in height and are built progressively over many years out of the mine’s waste rock and sand.

The report says the most problematic of these structures is upstream dams. They’re built up gradually through the mine’s life, with additional, higher dams built ‘upstream’ of the last,  on top of settled tailings. They are the cheapest and most common type of dam but the unstable grounds they’re built upon put them at significant risk of failure, especially in areas prone to earthquakes or in wet climates.

Centreline and downstream dams, which the report recommends instead, are gradually built higher, one dam layer over another, using crushed rock or fill, rather than built up and across the old layers of tailings, and are generally less susceptible to failures.

The report recommends banning the construction of upstream dams at new mines in favour of using the other more stable options, or storage methods that avoid large dams altogether, such as filtering the moisture from tailings to store them in enclosed dry piles, for example..

Following the Mount Polley disaster — a centreline dam (not even the riskiest option) — a panel appointed to review the breach concluded that, should things carry on as usual with dam construction and oversight, two dam failures can be expected every 10 years in B.C.

“In the face of these prospects, the panel firmly rejects any notion that business as usual can continue,” the panel report concludes.

Despite increasing problems caused by tailings dams, there is no global inventory or complete registry of dam failures. MiningWatch and Earthworks, in their report, call for an independent international agency to collect this information, update tailings facility standards and investigate their failures.

The report emphasizes that consent for building tailings infrastructure must be obtained from affected communities, including Indigenous communities.

“We’ve seen the disasters of Mount Polley Mine and other failures worldwide — now at an average of over 22 every decade — grossly impacting Indigenous communities, neighbouring communities and the land and watersheds they protect,” Williams said.

“The free, prior and informed consent of local communities is essential to improving the safety of mine tailings storage,” she said.

Updates to B.C. Mines Act, review of global practices in the works

One of the more controversial recommendations in the report is that mining companies be required to buy private insurance for dams, and boards of directors be held legally responsible for disasters.

“A culture of safety and responsibility must be upheld at the highest level within a corporation; this can only be achieved if the board of directors is held accountable for its actions (or lack thereof),” the report says.

Several jurisdictions in Canada — including B.C., Yukon and Northwest Territories — have come under intense criticism for failing to ensure mining companies post sufficient funds up-front to pay for cleanup and remediation of mine sites.

Hazeltine Creek, once a small stream running through dense forest, is now an exposed, barren wasteland thanks to the flood of tailings waste that swept down its entirety from Polley Lake the Quesnel Lake. Photo: Louis Bockner / The Narwhal

Changes to B.C.’s  Mines Act, introduced this month, could create a new chief permitting officer position, responsible for setting conditions that allow a mine to open and operate, while the chief inspector of mines will be responsible for health safety and enforcement. Previously, the two roles were combined and sometimes seen to be at odds.

If the legislation is passed, it will also strengthen investigations and mine audits to ensure mining regulations in B.C. are effective and aligned with global best practices, according to the Energy, Mines and Petroleum Resources ministry.

But critics say the failure to hold mining companies accountable has not been addressed.

No charges have been laid against Imperial Metals Corp., owners of Mount Polley, following the catastrophic dam failure that spilled 24-million cubic metres of mine waste into Quesnel Lake and surrounding waterways.

B.C. touts itself as having some of the safest mine tailings standards in the world, but the B.C. Mining Law Reform Network argues this clearly isn’t the case.

“It falls far short of these 16 guidelines for best practices. This tells us how far we are from truly ensuring safe mine waste storage in Canada and worldwide,” the network said in a statement.

The MiningWatch/Earthworks report was deliberately released ahead of the Global Tailings Review, a project of the International Council on Mining and Metals, United Nations Environment Program and Principles for Responsible Investment, which will develop an international standard for tailings storage facilities.

The review is expected to be released shortly, but the findings are not expected to be binding and Ugo Lapointe, co-manager and Canada program coordinator of MiningWatch Canada, said there are concerns about enforcement.

Lapointe, in a letter to Bruno Oberle, chair of the review group, said clear, mandatory technical protocols are needed for the construction of tailings storage facilities, cost considerations cannot take precedence over safety and “global tailings standard development and implementation must be overseen by a transparent, independent international agency.” He continued that this agency must be capable of worldwide change, and be accountable to the public, including affected communities.

There is no way to make mining companies, and especially those with marginal financial positions, adhere to guidelines without enforcement, Lapointe told the Narwhal.

“For a global problem of this magnitude, you need a global response of similar magnitude.”

An example of how standards could be enforced internationally, Lapointe said, can be found in the aviation industry where, backed up with international commitments and a regulatory body by the 1950s, the rate of plane crashes plummeted.

“When a plane crashes today the International [Civil] Aviation Association sends a forensic investigation to wherever the plane crashed on the planet … and there will be a set of recommendations after the crash and everybody needs to comply,” he said.

In contrast, the response to tailings spills and cleanup requirements vary widely between countries and, as mines are often in remote areas, it sometimes falls to the mining companies to report smaller spills.

“There needs to be a hammer and those hammers need to be global in scope,” said Lapointe, who wants to see an independent study of the most effective governance models for miners.

Canada is one of the most important players when it comes to formulating international mining regulations as it is the home country of about 60 per cent of global mining companies, followed by Australia, the United Kingdom and the U.S.

“Canada’s global industry is the mining industry,” Lapointe said. “It’s where we are most dominant.”

Political will needed to put safety before cost in mining

MiningWatch has already approached energy and mines ministers from across Canada and will be following up with a push for all provinces and territories to upgrade legislation and regulations to the expected new standards, Lapointe said.

A move such as banning upstream dams is a major step and it will take courage for politicians to act, he said. Upstream dams are cheaper, but not worth the risk when alternative structures are much more stable, Lapointe said.

Regulations that require companies to take a safer, but more expensive, route and put up sufficient financial assurances before building do not make a jurisdiction less competitive, Lapointe said. Instead, appropriate legislation kills bad projects and keeps the good ones by setting the bar higher.

“If a company cannot afford to pay or a bank is not willing to give a bond to a particular company, it should be a red flag and the project should not go ahead,” he said.

Calls to the Mining Association of B.C. were not returned by publication time.

Originally published by The Narwhal.