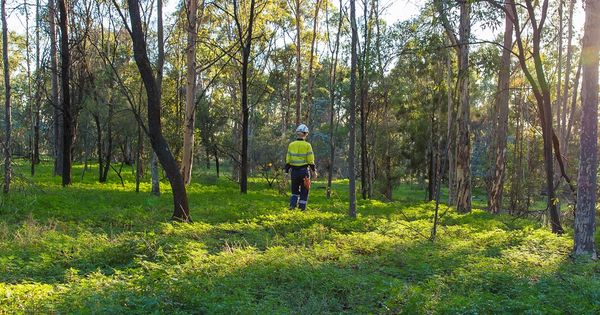 Background information on the Ulan Coal Mine

The Ulan Coal Mine is in the central west of NSW about 38 kilometres north east of Mudgee. The mine is primarily surrounded by rural landholdings, native bushland and primary industries including agriculture, state conservation areas, mining (including other coal mining operations) and extractive industries.

This includes the following key obligations: The final rehabilitation outcomes were developed in consultation with relevant stakeholders and government agencies, including the Regulator. The community was also involved in the consultation process.

Rehabilitation has been undertaken progressively at EPA2 since the early 1980s in accordance with the obligations set out in the approved MOP. Figures 3 to 5 show the progress of rehabilitation between 1992 and 2019.   The rehabilitation was the subject of ongoing monitoring and maintenance in accordance with the requirements of the approved MOP. The scope of the monitoring program, which was undertaken by a specialist ecological consultancy firm, was designed to evaluate performance against the rehabilitation objectives and completion criteria. The range of parameters evaluated as part of the monitoring program included vegetation structure, floristic composition, fauna habitat, native fauna presence, weed and pest animal presence, soil structure and function, and landform stability. To support the application for rehabilitation sign-off of this area, the mining company submitted a report prepared by the ecological consultancy firm, which compiled years of monitoring data collected for the area. Key observations to support the sign-off for the area included: With regard to native fauna, the monitoring program recorded five amphibians, 100 birds, 23 mammals and six reptiles species within EPA2. Twelve of these species are listed as threatened under the NSW Biodiversity Conservation Act 2016, four are also listed under the Commonwealth Environment Protection and Biodiversity Conservation Act 1999.