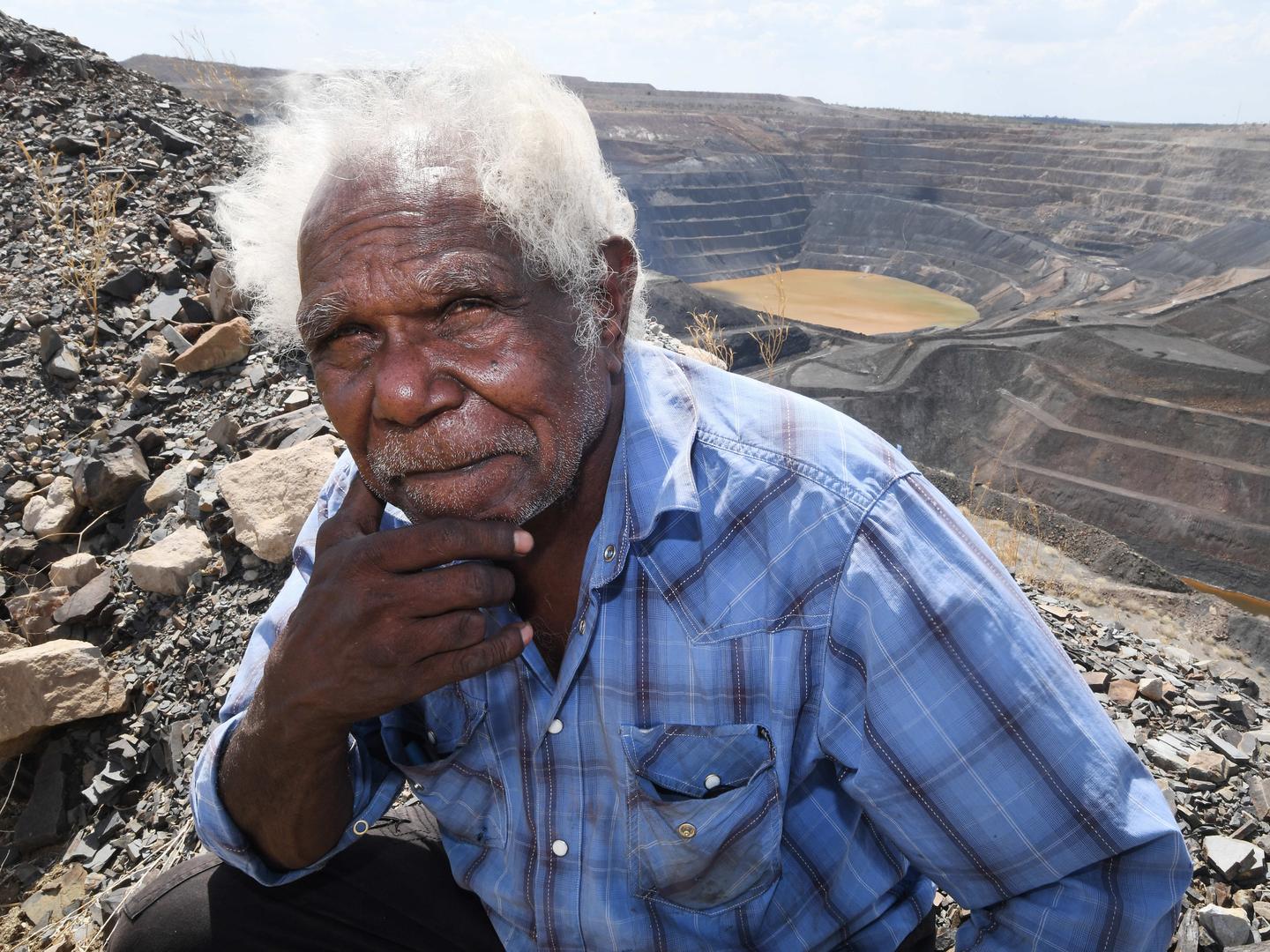 The relationship between the nation’s resources industry and its Indigenous people has come a long way in the quarter-century since Aboriginal native title was introduced — although, as recent events attest, it remains far from perfect.

But the central paradox remains: if meaningful participation in the economy is crucial to indigenous advancement and in closing many of the economic, demographic and health disparities between Indigenous and non-Indigenous Australians, for many of the former, the resources industry is the biggest (if not the only) part of the economy that exists where they live.

“On the one hand, there are a lot of resources businesses making a lot of money, and in some cases taking a lot of money out of this country; and on the other hand, you have a lot of people living close to these mining areas who’ve generally got poor social condition and a lack of employment and economic opportunity,” says Derek Flucker, chairman of Aboriginal Enterprises in Mining, Energy and Exploration (AEMEE), a not-for-profit peak organisation established to connect Indigenous businesses in Australia with the resources projects near them.

“It was always the perfect solution to bring the two together to help that economic development.”

Before native title, and the Traditional Owner groups and Land Use Agreements that have flowed from its existence, it was “up to the individual companies” how good a corporate citizen they wanted to be with regard to Indigenous communities in and around their areas of operation, says Flucker.

“Having to deal with Aboriginal people when it came to accessing resources was far away from scrutiny, much of the time,” Flucker says.

“I think initially, under the native title process, a lot of companies acted as though they were being forced to the table. Over the years, that faith in the process has potentially built up and the mining companies see it as simply a part of business now, rather than something they ‘have’ to do.”

In the era of environmental, social and governance (ESG) and socially responsible investing (SRI), companies cannot afford to be viewed by either the capital markets or by the broader community as poor corporate citizens.

However, this does not always work as well as all stakeholders might expect: for example, Rio Tinto had very high ESG ratings for its policies on Indigenous land rights, and was rated the top mining company in Corporate Human Rights for two years running, in 2018 and 2019, before it (legally) blew up a 46,000-year-old cultural site at Juukan Gorge in the Pilbara.

Unfortunately for Rio Tinto, decades of progress, close to 1500 Indigenous employees in Australia, and hundreds of millions of dollars a year in procurement, payments to landowners and community support programs could not shield it from the outrage over Juukan, which is still playing out in a number of forums.

Despite this setback, Flucker insists that engagement is getting better (AEMEE named Rio Tinto its Resource Sector Business of the Year in 2019), driven largely by the bigger players.

He points to statistics like those of Fortescue Metals Group: 15 per cent Aboriginal employment across its Pilbara operations, $2.5bn in work contracts awarded to Aboriginal-run businesses and joint ventures, and more than 900 Aboriginal graduates of the company’s Vocational Training and Employment Centre (VTEC) program employed.

“We always talk as Indigenous Australians about true advancement coming from economic opportunity; and those kinds of really significant and long-lasting economic opportunities were never going to come from anywhere but the resources industry,”Flucker says.

“I worked for almost 20 years in the Gulf of Carpentaria, and indigenous life there was very much built around that whole welfare and government support.

“When Pasminco’s Century mine came along in 1999, there was a big change over a number of years, moving from government dependency more to participation in the economy and real employment.

“It doesn’t happen overnight, but having those economic opportunities in the area really brought amazing change.”

In hindsight, he says, the Century mine was a flagship agreement — although as a negotiator, he did not know that at the time.

“We worked on the Century Mine Agreement, which was one of the early agreements that happened, and it was seen as one of the better agreements across Australia, and it focused on every aspect of indigenous life in those communities,” he says.

‘Every agreement needs to take a holistic approach that focuses not only on employment, but training, social development, and business development’

Flucker — who runs RBY Projects, an Indigenous company that supplies civil construction and labour hire services to the resources and energy industries — says every agreement needs to take a holistic approach that focuses not only on employment, but training, social development, and business development.

“Andrew Forrest at Fortescue talks about contested tenders as being the best thing for indigenous businesses, and I agree with that approach to a large extent,” Flucker says.

“But I also think that there has to be a tier below that, where there has to be some smaller opportunities, where Indigenous groups can gain experience. An agreement that’s properly targeted toward the community will include that.

“They can then gear up toward the higher-level, higher-dollar-figure projects, where they can start to compete against the bigger players. You need that stepping stone.

“Once you move into the bigger projects, you have to compete against others — you’re never going to face reality unless you start competing on the open market. You have to get to that point at some stage, but you do need to get a start.”

AEMEE has developed a tool that helps companies to address what is “best practice” in mining agreements.

“We look at examples from overseas, and from across Australia,” Flucker continues, “and we have a checklist, from employment and training, through mentoring, to procurement and business development, to the cultural, personal and heritage aspects they will need to address, and do they have a Reconciliation Action Plan? Are their managers appropriately trained in this? If not, we provide the training. At the end, the companies are scored, so they know where they are, and where they need to get to, to improve their engagement.”

In the field, Julian Farrugia, project director at Glencore’s Aurukun Bauxite Project on West Cape York in far north Queensland, says he is “always conscious” of the legacy of interaction that has gone before him — especially in a well-known Aboriginal community, that had its first encounters with mining development in the late 1950s.

Farrugia and his team are one year into a negotiating process that will result in a Land Use Agreement at Aurukun; he feels it will be at least a year before the parties sign a deal.

“This is a community that has seen development for 60 years, both good and bad, and we come in, talking about a significant project — 20 to 25 years — and large amounts of money.” Farrugia suyas.

“As a company, we’ve been in and around Aurukun for quite a while; and we feel we know it reasonably well. But what I think is most important about learning from the past is that the agreement-making process is more important than the actual agreement, because it’s the process that is what really embeds the outcome for the longer term.”

Much of this process involves talking to — and in some cases, moderating between — five main clan groups, but Farrugia says Aurukun has unique aspects that make the process relatively smooth.

Where many mining agreements get into trouble in Australia is community resentment at self-appointed spokespeople, but he says the understanding of “who speaks for whom and for different parts of the land” is very well defined at Aurukun.

“This is a community that has remained quite connected to their country, so that part of the process is clear,” Farrugia continues.

“Again, the big shift we’re seeing is an understanding of how the transparency with which you engage with those communities from the start really tells along the way.

“We’ve conducted a traditional-owner aspirations project which is basically, within their family groups, actually getting them talking about not only just ‘don’t touch this place or that place’, but the very long-term employment, training, education, cultural aims that they want to get out of the agreement, and what structure that will take.

“Through that process, we’ve seen the aspirations rise from employment and work for some businesses from the project, to the point where we’re talking about a land and sea management entity that is able to get people back on country, but also perform services associated with the land — carbon credits, mining rehabilitation, land management, and so on.”

While every situation is unique, Farrugia says it is “hugely satisfying” to be able to feel that this negotiation will end up with a gold-standard agreement.

“I do think it is a build-up of the learnings from all the processes of the past. I’ve seen how Indigenous agreement-making processes have worked in the Philippines and Papua New Guinea, and I certainly think, and I’ve tried to ensure that we design it as such, that this is as good a process as I’ve seen,” he says.

Some Australian mines operate on Aboriginal sites that contain areas of deep historical and cultural significance, and often their loss is irretrievable for current and future generations. Mining companies often conduct extensive consultation with traditional owners to avoid any impact to their cultural heritage, and to ensure they are meeting the requirements of Aboriginal heritage protection laws. Decipher’s Rehabilitation Planning and Monitoring module enables clients to create and manage their rehabilitation by setting up project boundaries, areas and/or domains and monitoring points, including the ability to map out disturbance and non-disturbance areas. Effective stakeholder engagement and upholding stakeholder commitments is also key to project longevity and success, as well as driving an organisation’s social licence to operate. Failure to track and document issues, commitments and communications can result in stakeholder dissatisfaction and distrust, and ultimately project failure. Decipher’s Stakeholder module enables clients to manage their stakeholder engagement by providing users with tools to identify and track stakeholder profiles and important stakeholder metrics, including the ability to capture ongoing engagements, highlight trends in stakeholder sentiments and themes, and assign related actions to team members.